Roger Federer talks about the back injury that forced him to skip the French Open.

LONDON — Roger Federer won’t let the ailing back that derailed his clay-court season stop him from playing on the green grass of the All England Club, the scene of his most celebrated accomplishments. 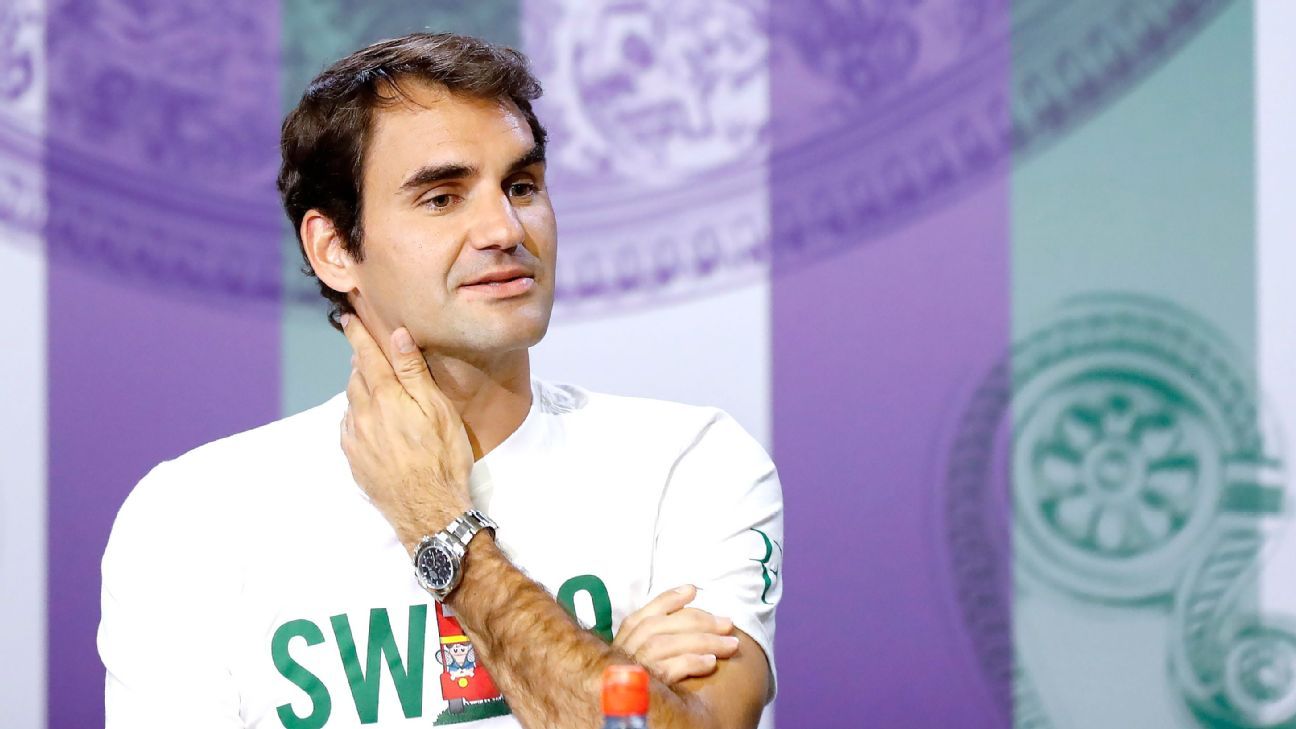 “Look, this back has won me 88 titles, so I’m OK with that back,” Federer said in his pre-Wimbledon news conference. “It’s OK if it messes around with me sometimes.

“It’s frustrating because it shakes the whole mechanics of the body, what you can work on. Yeah, maybe if it hits you in bad times, it’s not funny. I think particularly difficult has just been looking ahead of what was to come: Paris, Wimbledon, Olympics, US Open.”

Last month, Federer pulled out of the French Open just days before it was to begin, saying he did not want to take any unnecessary risks as he tried to nurse himself back to health. It was the first major event the 17-time Grand Slam champ had missed after 65 straight appearances, dating back to 1999.

Last month, Federer pulled out of the French Open just days before it was to begin, saying he did not want to take any unnecessary risks as he tried to nurse himself back to health. It was the first major event the 17-time Grand Slam champ had missed after 65 straight appearances, dating back to 1999.

By Federer’s own admission, this season hasn’t been as fruitful as he had hoped.

The day after losing to Novak Djokovic in the Australian Open semifinals, Federer was preparing a bath for his twin daughters when he injured his left knee, which required meniscus surgery. Federer has played only 22 matches this season (16-6) and has reached only a single final.

“I just got really disappointed and sad about it because that’s when I really understood what the road was going to look like,” Federer said. “I’ve always tried to avoid surgeries as much as possible just because I always felt like it was definitely not the thing you want to do as a professional athlete.”

Federer played two grass-court tuneup events after the French Open, in Stuttgart and Halle, Germany, but lost in the semifinals in each. The victors in those matches, Dominic Thiem and Alexander Zverev, are considered two of the game’s next-generation stars.

After falling to Zverev, 19, the first time he had lost to a teenager in a decade, Federer was quick to dismiss any sentiment that these are changing times.

“It’s been intense and it’s been busy and it’s exactly what I needed,” Federer told the media in Halle. “At least I have a clear picture now where my game is at, what I need to do.”

Federer now returns to Wimbledon, where he has a record-tying seven titles, and he remains extremely optimistic.

“I think this is a huge boost for me after pulling out of Paris, that I’m back here at my favorite tournament,” Federer said. “With all the success I’ve had here, this is the motivation I need right now to get back on the big courts, play good matches, enjoy Wimbledon.

“I love this tournament more than anything. It’s a huge opportunity for me to maybe turn around the season. Who knows. Yeah, then just play some nice tennis, enjoy myself here.”

Discover the New Forest Aims to Get People Back to Nature